Joomla, one of the world's most popular open source content management systems (CMS) used for everything from websites to blogs to Intranets, today announced that downloads have risen 38 percent from December 2010 to December 2011. To date, Joomla has been downloaded more than 27 million times*, making it one of the most downloaded content management systems in the world.

In addition to download growth, Joomla also experienced double-digit growth in many other areas, including:

The December issue of the Joomla Community Magazine is here:

Joomla in the Spotlight, by Paul Orwig

Joomla! has won the Packt Publishing award for the top open source CMS.

Now in its sixth year, many consider the Packt Open Source Award as a top honor for an open source project. Joomla won the award based on a combination of public voting and input by a panel of judges consisting of open source luminaries.

“Although around since 2005, Joomla really reinvented itself this year with the introduction of Joomla 1.6 and 1.7, the first product releases for the CMS since 2008. Furthermore, Joomla realized dramatic growth this year as evidenced by its number of downloads and documented government sites powered by Joomla. We are proud to honor Joomla with its third Packt Open Source Award since we launched it six years ago.”

The November installment of the Joomla! Community Magazine is here! Here are the stories in this issue:

Leaf It to Joomla!, by Alice Grevet 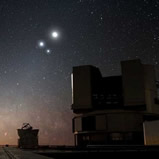 The September installment of the Joomla! Community Magazine is here! Here are the stories in this issue:

Our Joomla! Conjunction, by Paul Orwig

Ten ideas on how to get involved in the community (part 1 of 2), Peter Martin
Joomla!: The Symphony, by Jon Neubauer
Celebrate Joomla's 6th Birthday at your September JUG, by Jen Kramer
Summit Up: Interview with Allen "Gunner" Gunn, by Alice Grevet