water & stone announced recently that the 2010 Open Source CMS Market Share Survey is now open for all to participate in.

"The Open Source CMS Market Share Report was launched in 2008 by digital agency water&stone. The Report is non-commercial and released under an open license. Since its inception, the Open Source CMS Market Share Report has become the industry standard for purpose of defining market share and adoption rates in the open source content management system market. The final 2010 Report is expected to be published in early December, 2010."

We saw Joomla! pull ahead in 2009 from the previous year's report and given the growth we've experienced in the past year it would be great to see further advancement in the 2010 results.

Reports like this help to increase Joomla's brand awareness and market share in the Open Source CMS world. You can help with this by participating in the survey. 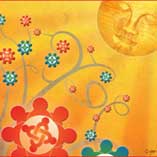 The November issue of the Joomla Community Magazine is here with news about exciting volunteer opportunities, along with inspirational Joomla! success stories, invaluable how-to articles, and so much more.

The releases for Joomla Press were announced October 1, 2010 during Joomla Day West in San Jose, California.

The first two titles slated for publishing are The Official Joomla! Book which is scheduled to be published in December 2010 and the second title Joomla! Explained:  Your Step-by-Step Guide with a publishing date of early 2011.

The books will be the flagship releases in a new Joomla Press, representing a publishing alliance between Pearson, the global leader in education services and technology, and Open Source Matters, Inc. (OSM), the not-for-profit organization that supports the Joomla project.

A portion of the proceeds will go back to the Joomla! Project.

The October 7, 2010 online edition of PC World magazine features an article titled EBay Deploys Joomla! for Analytics Portal. This article highlights the recent announcement that the online auction giant (who claims to run the largest commercial data warehouse in the world) has chosen to use the Joomla! framework as platform for a set of internal data analysis tools that will be accessible by the company's 16,400 employees.