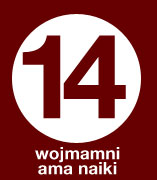 Check the Joomla 1.5.14 Post-Release FAQs to see if there are important items and helpful hints discovered after the release.

If you have modified core template overrides, please be sure to back them up before upgrading.

One low-level security issue was fixed in this release:

Statistics for the 1.5.14 release period:

Thanks to the Joomla Bug Squad for their dedicated efforts investigating reports, fixing problems, and applying patches to Joomla. If you find a bug in Joomla, please report it on the 1.5 Bug Tracker.