Joomla! Board of Directors 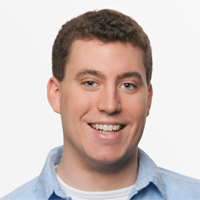 Born and living in Cologne, Germany, David got in touch with web development during school in 2002. After a few years working with plain HTML sites, he started to develop his own CMS in 2004 and switched to Mambo shortly after. He quickly became an active member of the German community and met them in person for the first time during JoomlaDay Germany 2006. After school, he started his business as a freelance webdeveloper and quickly got more involved in the community by giving support in the forums, co-organizing the German JoomlaDay and the J&Beyond conference, starting a Joomla Usergroup in his home town, developing own extensions and joining the board of the German Joomla association "J&Beyond e.V.". In 2012, he joined the Bug Squad and started contributing to the CMS code.

In late 2012, he co-founded the CMS-Garden project, which is cooperation of 12 opensource CMS. In the CMS-Garden, volunteers from all participating systems combine their forces to improve their marketing and reach new potential users.

Besides that he's interested in open source sofware, linux, pasta and archery.